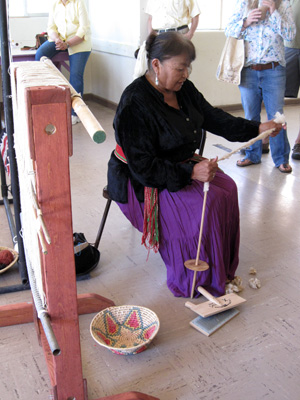 Crossing Worlds Hopi Projects takes an active role in inviting Hopi artists and cultural presenters to our Verde Valley Archaeology Center Fair March and April events. We helped support the participation of 30 Hopis at our first fair who brought with them the authentic sense of Hopi life and thought. The Hopi presence brought a depth of cultural experience for fair visitors and generated a lot of energy, interest and enthusuiasm.

Hopis are the living descendants of the ancestors who abandoned the thousands of prehistoric village, rock art and farming sites around the valley by 1425. For the Hopi these sites are still alive with spiritual presence and many of them are visited annually by different Hopi clans who leave prayer offerings at them for the continuance of life. Our goal is to bring the “ruins” to life by providing fair visitors a chance to interact and learn from the Hopi people. 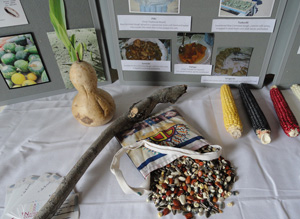 We also have a goal to support Hopi people in having a place to sell their art (to support their traditional life) and enjoy a weekend festival time out from their busy reservation life. We also want to extend a chance for Hopis to see some of the local ancestral sites.

Photo to right is of youngest member of the Yellow Fox Hopi dance group we have supported in coming to our Verde Valley Archaeology Society events. He had noticably matured since coming in the spring and really paid a lot of attention to all the details and was very proud to be up on the stage with his family. Heart warming to see!

Other Hopi participants commented to me that they felt like they had a chance to be heard that is hard to do on their remote reservation. And that they enjoyed interacting with our visitors at the festival.

A young family Sandra encouraged to come to the March, 2012 festival, for example, had hardly ever been off of Hopi–this was a major experience for them. Charles and Doris West hosted the young family, even gave them rides from Hopi and back to Flagstaff.
Please see images and report here.

The Verde Valley Archaeology Fair is held annually during Arizona Archaeology Awareness Month in the 3rd weekend in March. The Fair features archarology exhibits, demonstrations, a “archaeology for kids” area, and an International Archaeology Film Festival featuring archaeology documentaries from around the world.
The Fair also includes an American Indian Art Show.

The Native American Film Festival provides a venue for feature films, shorts, videos and documentaries of USA American Indian and Canada First Nation communities. We often include feature films by indigenous people of other countries. Public screenings and events will be held for two days. 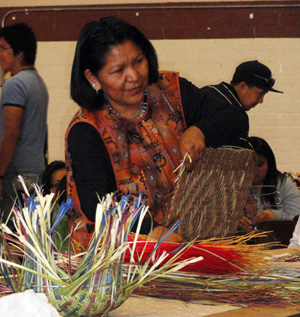 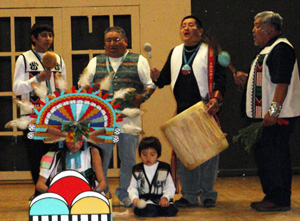 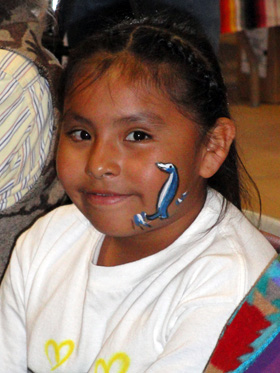 A young Hopi girl who loved the face painting plus she got to go to a hike to one of her ancestral prehistoric sites in the area. 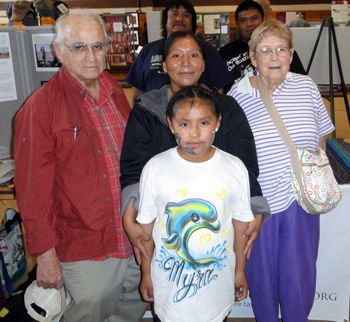 Sedona family who hosted her Hopi family for the weekend 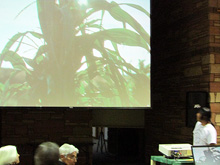 We sponsored Ramson Lomatewama to make a presentation on the Life Cycles of Hopi youth in Sedona. A very informative visual presentation, after which he fielded many questions from the audience.